Added to wishlistRemoved from wishlist 0
Add to compare
₹76,387.00

Added to wishlistRemoved from wishlist 0
Add to compare
₹72,783.00

Added to wishlistRemoved from wishlist 0
Add to compare
₹9,512.00

With the new GT-100 Version 2.0 update, BOSS’ high-end multi-effects processor is now even more powerful than before, adding a host of great new features to its already formidable arsenal. Two new amp types are included, along with cutting-edge MDP effects, an acoustic guitar simulator, and an improved rotary effect. A convenient Guitar-to-MIDI function is on board as well, letting you connect to a computer to play soft synths and input MIDI note using your normal guitar. The GT-100’s USB audio capabilities have been expanded too, providing greater flexibility for re-amping applications. And with the BOSS TONE STUDIO software, you can now edit GT-100 patches from a friendly graphical interface on your computer.

With its next-generation COSM processor, the GT-100 ushers in a new era of expression and sonic capabilities. Recreating the meticulous details of vintage amps and how they behave, the GT-100 excels in not only cloning classic amps, but in creating a new world of unimagined tones as well. The Amp Customize function lets you mutate classic amps beyond reality to construct completely new, unimagined sounds!

The GT-100’s unique dual-LCD and eight-knob user interface provides fast access and intuitive control. There are no menus to navigate; every function is instantly available. The tone-customizing functionality has been improved as well—all patches, amps, and overdrives/distortions can be created from scratch and/or customized with the friendly graphical Tone Grid.

A new dimension of expression is available with the Accel pedal, which enables control of multiple parameters simultaneously, as well as time-variant effects such as Feedbacker, S-Bend, Twist, and more. Experiment with creative combinations of parameters and bring dynamic new sounds to your performances by interacting in real time with this cool pedal.

Another notable feature in the GT-100 is the versatile A/B Channel Divider. This lets you assign different amps and effects to each channel, either for blending together or switching between them with a footswitch. Going even further, you also have the ability to switch channels by playing strength or frequency range. With each channel capable of driving its own effects and amps settings, the range of tones gets wider and wilder! You can assign smooth, mild lead tones to the mid-to-high pitches, for example, and heavy, cutting tones to the lower notes—the tonal possibilities are endless.

Available as a free download for Mac or Windows, BOSS TONE STUDIO gives you an intuitive graphical interface for creating and editing GT-100* effects patches from your computer via USB. The software also makes it easy to organize and archive patches, and to load them as needed for different gigs and recording sessions. If your computer has Internet access, BOSS TONE STUDIO provides an integrated connection to the BOSS TONE CENTRAL website, where you can preview and download free gig-ready patches created by top guitar pros directly into the GT-100.

BOSS TONE CENTRAL is the ultimate destination for all players that use BOSS products. Evolving to include a growing selection of BOSS gear, this site gives you access to lots of premium content, including demo videos and free patches created by famous guitarists, touring pros, and session players. Check back often for new patches, how-to videos, artist interviews, and much more. If you love BOSS effects, BOSS TONE CENTRAL is the place to be! 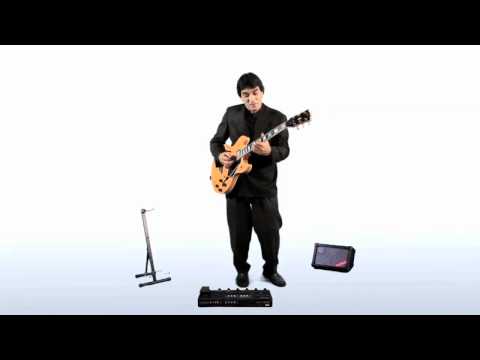