Added to wishlistRemoved from wishlist 0
Add to compare
₹46,702.00

Added to wishlistRemoved from wishlist 0
Add to compare
₹22,363.00

Added to wishlistRemoved from wishlist 0
Add to compare
₹18,499.00

Added to wishlistRemoved from wishlist 1
Add to compare

The Roland E-A7 is a versatile arranger keyboard for musicians needing professional sounds and authentic backing styles from all over the world. Using the E-A7 is fast and intuitive thanks to its logical dual-screen layout—styles on the left and sounds on the right, with most options having dedicated, quick-access buttons. You can import WAV files to create your own instruments, or even sample directly from the keyboard. And with the powerful E-A7 Tone Manager software, you can use your computer to edit and organize user tones and drum kits, work with samples, and more. Singers will appreciate the microphone input with dedicated vocal effects, while the whole keyboard is easy to gig with, weighing in at just 8 kg/18 lbs. Wherever you’re going with your music, the E-A7 will help you get there.

If you’re a solo performer who needs an arranger keyboard as your backing band, you’ll be well served by the Roland E-A7. Practically all of your most-needed functions are assigned to dedicated buttons, and you have six faders for instant control over the volume of any instrument part. Assign one-shot audio samples or even MIDI phrases to the six pads, and trigger them anytime during your performance. And seven user-assignable buttons allow you instant access to anything else you want to do. When you’re performing live, you don’t want to be distracted by the technical aspects of your keyboard, and that’s just one reason why Sweetwater can recommend the Roland E-A7.

Over 1,500 sounds, with backing styles from all over the world

From pianos, EPs, and organs to strings, brass, and more, the Roland E-A7 arranger keyboard has you covered with over 1,500 essential instrument sounds. You get a wide range of instruments from all over the world, too, including authentic sounds from Indonesia, India, Vietnam, Eastern Europe, and the Middle East. You’ll have a great selection of global backing styles too, created by top musicians from Asia, Europe, the Middle East, and South America. You could gig anywhere in the world with the E-A7, and you’d have the sounds and backing styles needed to fit right in.

The built-in song player on the Roland E-A7 is just as useful for playing some music between sets as it is for importing pre-created MIDI files to play along with. It can even serve as an impromptu karaoke system: when using WAV files, you can use the Center Cancel feature to minimize the recorded vocals to leave room for your own voice. The song player can act as a recorder too, allowing you to record your entire performance as a WAV file and save it to a USB stick (not included). 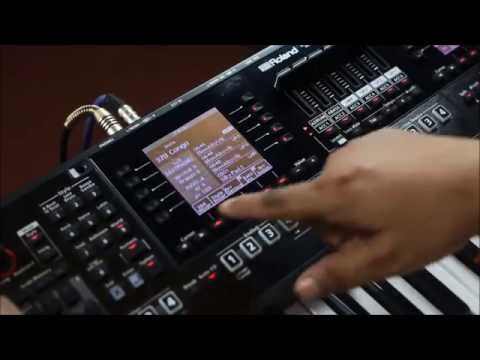 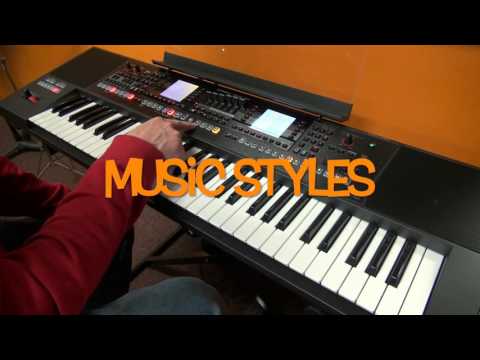 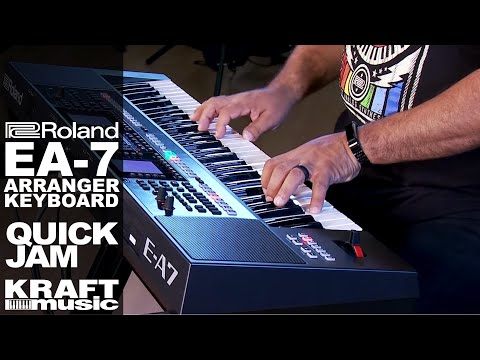 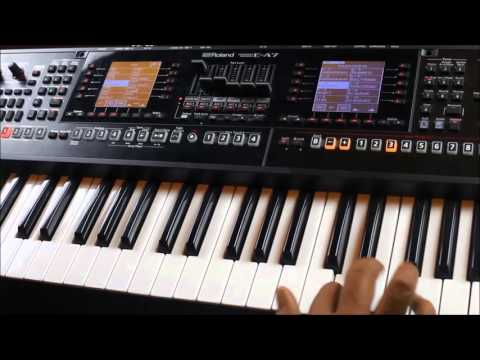