Added to wishlistRemoved from wishlist 0
Add to compare
₹214,010.00

Added to wishlistRemoved from wishlist 1
Add to compare
₹37,357.00

Added to wishlistRemoved from wishlist 0
Add to compare
₹22,363.00

★★★★★
Added to wishlistRemoved from wishlist 22
Add to compare

Roland’s powerful FA series streamlines the music workstation for effortless real-time power, ultra-fast workflow, and maximum versatility. Featuring a traditional 61-note velocity-sensitive keyboard, the FA-06 is the most compact and mobile instrument in the FA series.

Roland’s FA-06 redefines the music workstation, streamlining it for effortless real-time sound-shaping, a quick and intuitive workflow, and stunning versatility. It all starts off with the sounds — a collection of over 2,000 patches taken from the flagship INTEGRA-7 sound module including the complete SuperNATURAL synth engine. Add to that an absolutely astonishing set of effects and processors, and you’re still just getting started. Powerful onboard sequencing and sampling let you build up your tracks, and killer performance options make playing on the FA-06 a blast. Top it off with an awesome user interface, total DAW integration, and a great-feeling semi-weighted 61-note keyboard, and you’re in business!

Packed with the sounds and effects you need to create anything

This amazing keyboard comes loaded with over 2,000 sounds taken straight from Roland’s flagship INTEGRA-7 sound module. This includes the complete SuperNATURAL synth engine (giving the FA-06 the capacity to download entirely new synth sounds) plus a killer set of acoustic tones, drums, and much more.

And you can add even more sounds via the FA-06’s internal wave sound expansion slots. And if that wasn’t enough, the FA-06 comes loaded with 16 independent MFX engines, six COMP+EQ processors, a TFX (total effects) section, global EQ, chorus, and reverb. Talk about creative possibilities!

Brilliant user interface designed to keep you in the creative zone

Ask any keyboard player or pianist, and they’ll tell you that feel is a major consideration when it comes to picking the right workstation. Roland has always prided themselves on the feel of their keyboards, and the wonderful playing response of the FA-06’s semi-weighted 61-note keyboard goes quite a way to prove that. But Roland took the same painstaking approach with every part of the FA-06, providing it with the best-feeling pads and the easiest-to-use control layout possible.

From its oversized color LCD to its various control sets, everything about the FA-06 was designed so that you could sit down, put your hands on the controls you need, and start making music. For example, there’s a separate SDHC slot for the SP-404SX style groove sampler, and dedicated controls for tweaking your sounds on the fly. And that’s just the tip of the iceberg. The important thing is that when you sit down in front of your FA-06, it’s not the overwhelming experience of interfacing with some monolithic workstation – it’s like stepping up to a studio full of high tech gear that’s all wired to work together flawlessly.

From studio to stage, this is the keyboard workstation you need

How many keyboards do you like schlepping to the average gig? Does the thought of lugging around a full keyboard workstation worry you just a little? The Roland FA-06 is the answer to all of your keyboard-related dreams, packing a full studio’s worth of music-creation potential into a format that’s light enough and small enough to take with you. Powerful real-time performance options such as D-Beam modulation, arpeggiation, looping, and step sequencing make playing out fun and exciting, and the fact that all of these functions are easy to get to and intuitive only makes it all better.

Back in the studio, you’ll be impressed by how easily the Roland FA-06 keyboard workstation folds into the rest of your setup. Wit the push of a button and a simple USB connection, your FA-06 becomes the centerpiece of your studio, acting a your audio interface, MIDI keyboard, control surface, pad controller, and more. What’s more, you can connect your FA-06 to your Apple iPad via the camera connection kit, providing you with even greater production power when you have to take your rig on the road. 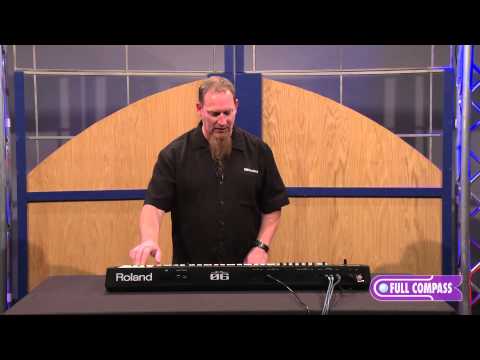 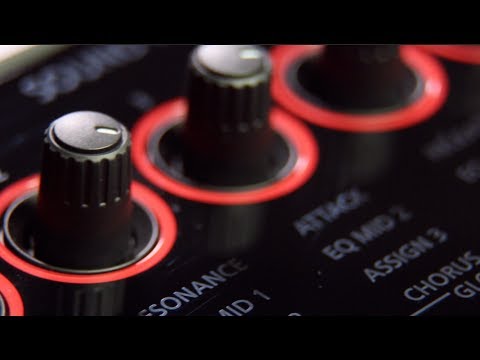 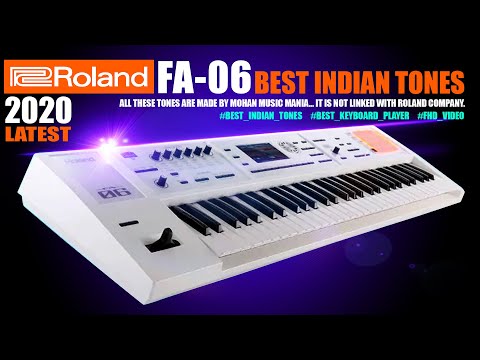